The Ups and Downs of Moving Forward

‘Lifelong learning’, ‘learning curves’, new learnings, … yes, learning remains relevant (and essential as the past two years with their rapid shift to online and remote work has shown). But do you know how important UNLEARNING is? Both Learning and Unlearning are critical to remaining current, flexible and resilient in a rapidly changing world.

However, in today’s rapidly evolving world the need to be resilient; to be open and willing to change, is vital in order to ensure relevance and sustainability.

The IGI Global dictionary defines Unlearning as a conscious process that identifies and removes ineffective and obsolete knowledge and routines.
Unlearning fosters the possibility for new knowledge creation and absorption. This understanding promotes the yearning for new ideas which urge individuals to have an open mind, to be generous and receptive to thinking and acting in groups and teams; with the disposition to take on risk and enliven mutual motivation.

Unlearning is necessary for growth: especially where it is used to break redundant patterns or behaviours.

What does it take to ‘unlearn’?

Firstly, it’s helpful to deepen self-awareness and to develop insight into how past experiences have shaped our personalities. If you’ve worked for a someone who wouldn’t allow your voice to be heard, for example, you may have formed the habit of not speaking up, not using your voice. This could lead to limiting beliefs (‘My opinion isn’t valid) and can dampen enthusiasm for possibilities or stifle your willingness to suggest anything new or less conventional. Self-awareness will help you recognise these patterns and their triggers, to allow you to unlearn habitual (often unconstructive) behaviours.

What may sound straightforward – and even simplistic – is anything but that.
I’ve been working with some of my clients for years now. They often voice frustration that during their growth journeys, they tend to fall back into old habits and unhealthy behaviours too easily. They note how sometimes their emotions get the better of them and the old self-diminishing language kicks in.

If you’re someone who’s been trying to make change over the past year or so, and have not yet heard of Fisher’s Personal Transition Through Change curve, then welcome to a tool you’re going to find very useful. 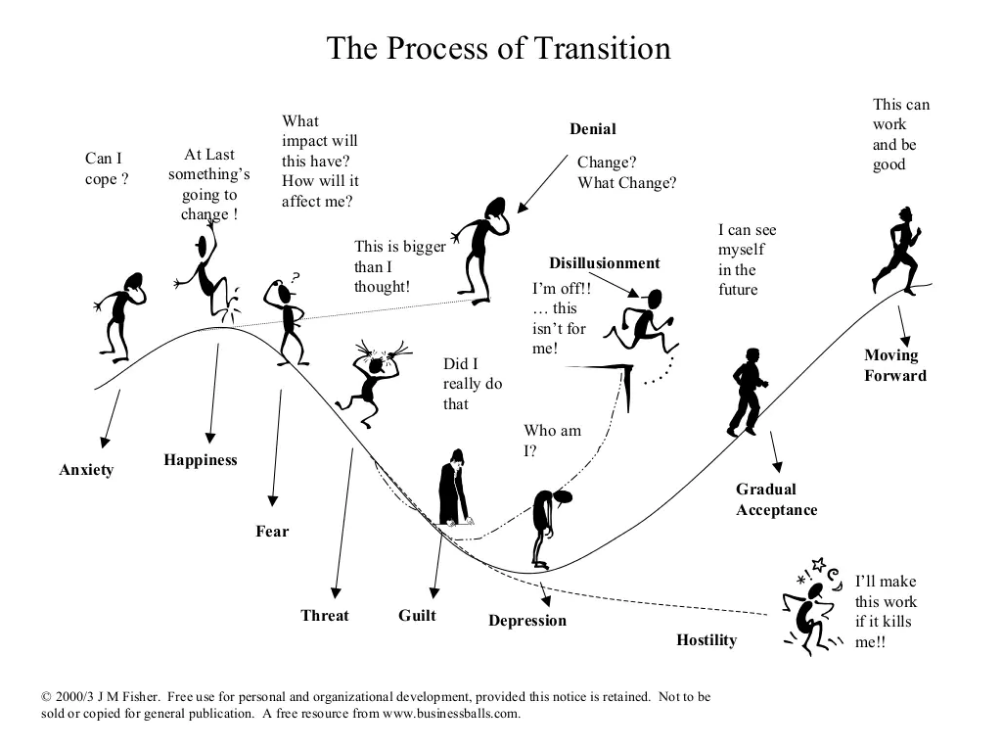 A lot of academic and psychological research has been done into how people respond to change – there are various models around it, but the one most commonly accepted and respected, sees the change process as a curve. There are both positive and negative emotions on the journey. These peaks and troughs have been proven to be predictable, however may not always follow the course laid out here.

An interesting finding is also that these change curves apply to both individual transformation, as well as changes in a business journey.
In the end, humans are humans and we tend to act to a pattern – a measurable one, in this instance.

John Fisher’s model of personal change – The Personal Transition Curve – is an analysis of how individuals deal with change. It’s rarely simple or straightforward. From the point of undertaking to change, to the point where you’ve mastered a new behaviour and it has become an unconscious habit, there is a path of doubt, self-questioning, frustration, doubling back, denial, disillusionment…

But don’t let this put you off.

Knowing what may lie ahead is a tool that sets you up for success, not a stumbling block.

Understanding this process was what kept me moving forward during the many changes and transformations I’ve undertaken in the past five years. I know that once you learn to work with it, it’s going to become one of your secret power tools.

As coaches, we facilitate change. Why does it require guidance? Because it’s intimidating and tough. It means taking a long, hard and objective look at yourself, your beliefs and your behaviours. Change is something many people avoid at all costs, particularly when they’re in a comfort zone: comfort feels good, but it stunts growth; and as the saying goes – if nothing changes, nothing changes.

In my next article, I’ll be walking you through these stages of change and using a few everyday examples to illustrate the process, so that you can measure where YOU are on the continuum and figure out what may be in store for you, as you progress through your journey of change.

Before then, take a few minutes to jot down what your predictive patterns may be. Do you avoid change? Do you make dramatic changes so that nobody can stop you? Do you swear you’re going to change but fall off the bus soon afterwards? Do you even need change? If yes, where in your life do you need change?

Once we work through the phases on the curve, you’ll be able to pinpoint what your stumbling blocks are – and be prepared for them the next time they make their presence known.

I am presently co-hosting an early morning daily practice on Zoom – The Equinox Morning Challenge. If you wish to kick start change sooner than later, register for the Equinox Challenge (here) and join us. 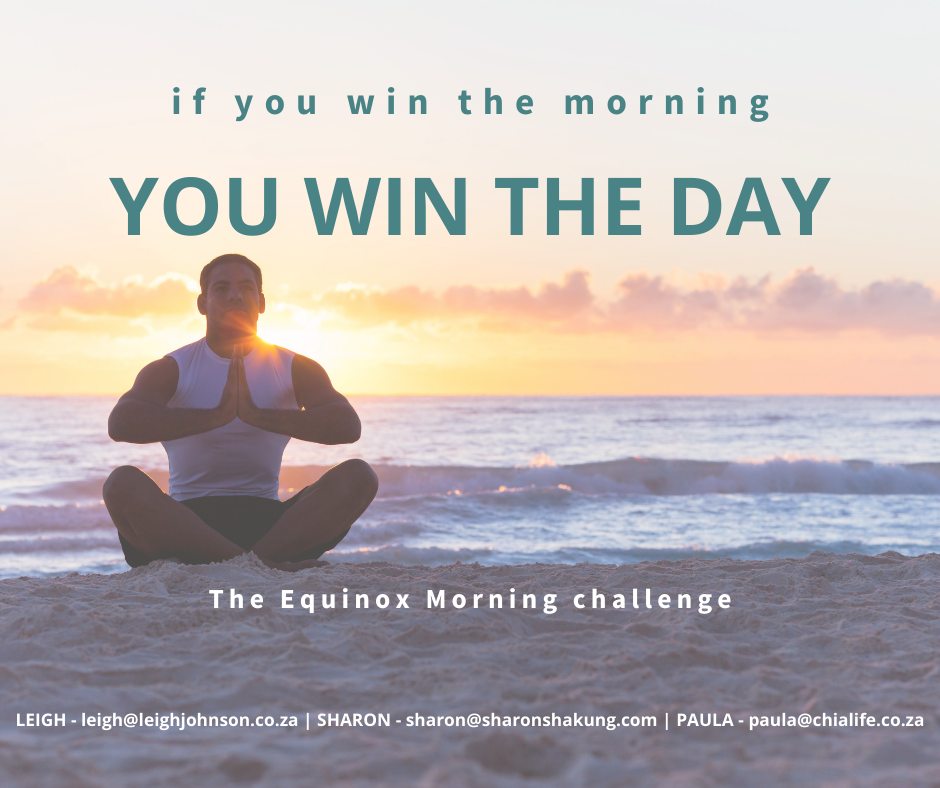 Early morning routines are tough to commit to and even tougher to show up for. They are however one of the most powerful building blocks towards change. It’s a safe space for you to just BE – no cameras no talking – just listening, moving, breathing, connecting, mind body and soul.

PS – its FREE and lasts until the end of September. Mondays to Fridays.